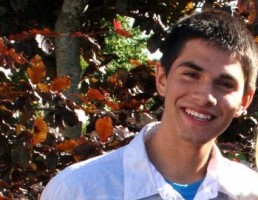 In the summer of 2011, I was offered the life changing experience of taking a trip to Ireland for three and a half weeks. The only reason this was possible was due to my loving “uncle” who has sent numerous cousins of mine, including myself. He asked me in June if I was willing to lend part of my summer to go to Ireland. I wasn’t sure at first, but I soon realized that this would be a privilege to experience the world outside of the US. I decided to go, and he paid for all my expenses.

When I arrived at JFK Airport I met up with the ILE Crew…, Levi and Taryn (They were the only crew I knew of at the time.). Levi met up with me at the Baggage Claim and once I had my bags we went to pick up a fellow traveler-which took us about thirty minutes to walk in between two terminals trying to pick the right one. However, we soon met up with Taryn-the real boss of the trip:). Once everyone was gathered together,we had quite a diverse account of students. And I’m glad to say I had the honor of meeting each and every single student that came on the trip. I enjoyed being in the company of students from different states, as well as different cultures.

Ireland itself was well…, let’s just say absolutely amazing! I’ve never experienced a place that was so green in every square inch. The Cliffs of Moher (probably botched the name) were stunning, the Giant’s Causeway was absolutely beautiful. I could list off all the other places, but then my testimonial might be a couple pages:). There is no place I would of rather traveled than to explore the lands of my heritage, jamming to techno on the buses with Angie randomly singing “If I Were a Pretty Fair Maid” or something like that, playing soccer in Waterford and hearing Edel yell, “Fiona, you got this!,” or “Ryan, this is your time!” I would never take these memories back. If I could, I would go on the trip multiple times.

The ILE Students, Teachers, Counselors, and Bus Drivers have all made this trip to be an experience that could not be replicated. I reassure anyone that would question or second guess themselves about going on the trip, that this is one of the most memorable opportunities I’ve had in my seventeen years of existence. With this, I give to you all, the Irish Life Experience! I just want to say, I love you all at the ILE, and keep it classy. I’ve never had a better time than this.